Rather than tack a new extension onto your property why not think about space planning? It’s a process of identifying how you can best use the existing space in your home before you add a potentially unnecessary extra room.

I’m not talking storage here but the effective use of existing areas. It won’t be as expensive as adding an extension but it will, most likely, be more costly than buying some extra storage boxes.

How do you use the space and why are you thinking about an extension? If you’re after an open plan kitchen/dining area with doors onto the garden and you build an extension, consider what you’re leaving behind. Maybe unloved, dark and unused rooms in the middle of the house. However, if you combined some of these rooms, moved the kitchen into this newly created area and added some new doors opening onto the garden you’ve solved the problem more easily and your garden is still the same size!

Let’s think about the flow – is there any way you can improve the way you enter and leave a space? I’ve used this trick several times; re-hang a door so that it opens outwards rather than inwards. This is really useful for tiny rooms where you’d be walking around the door to use the room, for example a small en suite shower room. The difference it makes is amazing and I promise, after just five minutes you won’t find it unusual to open the door outwards rather than inwards and the room will feel far more spacious. Ditto re-hanging a door on the opposite side of the frame. Worth a thought.

Consider your circulation space. Do you have space in your hallway or on your landing? Could you re-purpose a corner by using, perhaps, a small desk or a bookcase and chair? By adding some lighting, maybe a mirror and a few sticks of furniture you can create a new zone. Not a room but a perfectly usable nook for WFH, homework or reading.

Onwards and upwards – maybe you could think about converting the attic. A space-saving staircase wouldn’t take up too much space on the landing and attics often have enough headroom to allow you to walk around in the middle and use the eaves for additional storage. Whilst you’re at it what about the cellar and the garage? These may be bleak and unattractive at the moment but it’s far cheaper to convert existing spaces into living space than it is to build from scratch.

If you already live in an open-plan environment think about creating rooms within rooms by zoning areas. An informal room divider can be as simple as a bookcase or an old fashioned screen. Spaces can also be divided up visually with furniture and rugs defining the size, shape and purpose of a specific area. There’s also some fabulous space-efficient furniture available for small spaces; think about drop-down desks, folding tables and chairs and underbed storage.

Within the constraints of planning permission you can always create a new building in the garden. There are dozens of companies now offering garden offices which are simple to install and fully insulated. They can also be used for hobbies and as extra guest accommodation and are an easy way of adding a new room.

One of my favourite space planning projects involved re-configuring a two-bedroom cottage into a three-bedroom holiday let. Not quite magic but a relatively simple solution created by dividing the large living room in half to create two bedrooms and a shower room downstairs, and re-purposing what had been a downstairs bedroom into a slightly smaller living room. The upstairs bedroom and bathroom remained the same and the kitchen received a significant facelift and doors onto the courtyard garden.

I’d advocate thinking about why you need to create more space, what’s it for and how will you use it? Then consider some of the possibilities already open to you in your existing space. 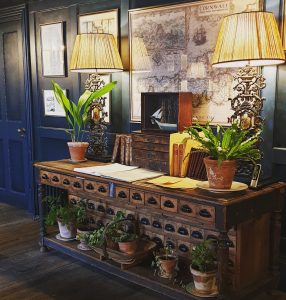 Sustainable Interior Design. It’s the hot topic of the moment and I’ve been thinking about it a lot recently. I’ve also been putting some of 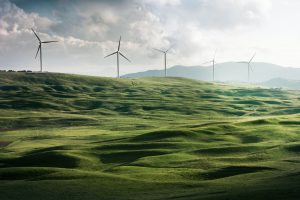 Much has been written about sustainable buildings but how are we progressing in the world of interiors and furniture? A recent report published by the

As autumn approaches so does the perennial problem for many listed and period property owners. How can we keep warm this winter? Can we be